Older men and women are frequently unnoticed when collecting, analyzing and presenting statistical data. This non-inclusive approach to data collection and reporting biases disfavors the vulnerable aged populations. Yet, by the year 2050, 20% of the global population will be 60 and above. This presents both challenges and opportunities for implementation of the SDGs and calls for amendments and integration of policies and services to respond to the changing age structure and population. For all to benefit equally and “leave no one behind” as called by the United Nations, governments are encouraged to adopt age-friendly policies that realize older people’s rights, opinions and tackle ageism. It is essential for multilateral agencies to research, design and report guidelines for inclusive policy development and implementation. 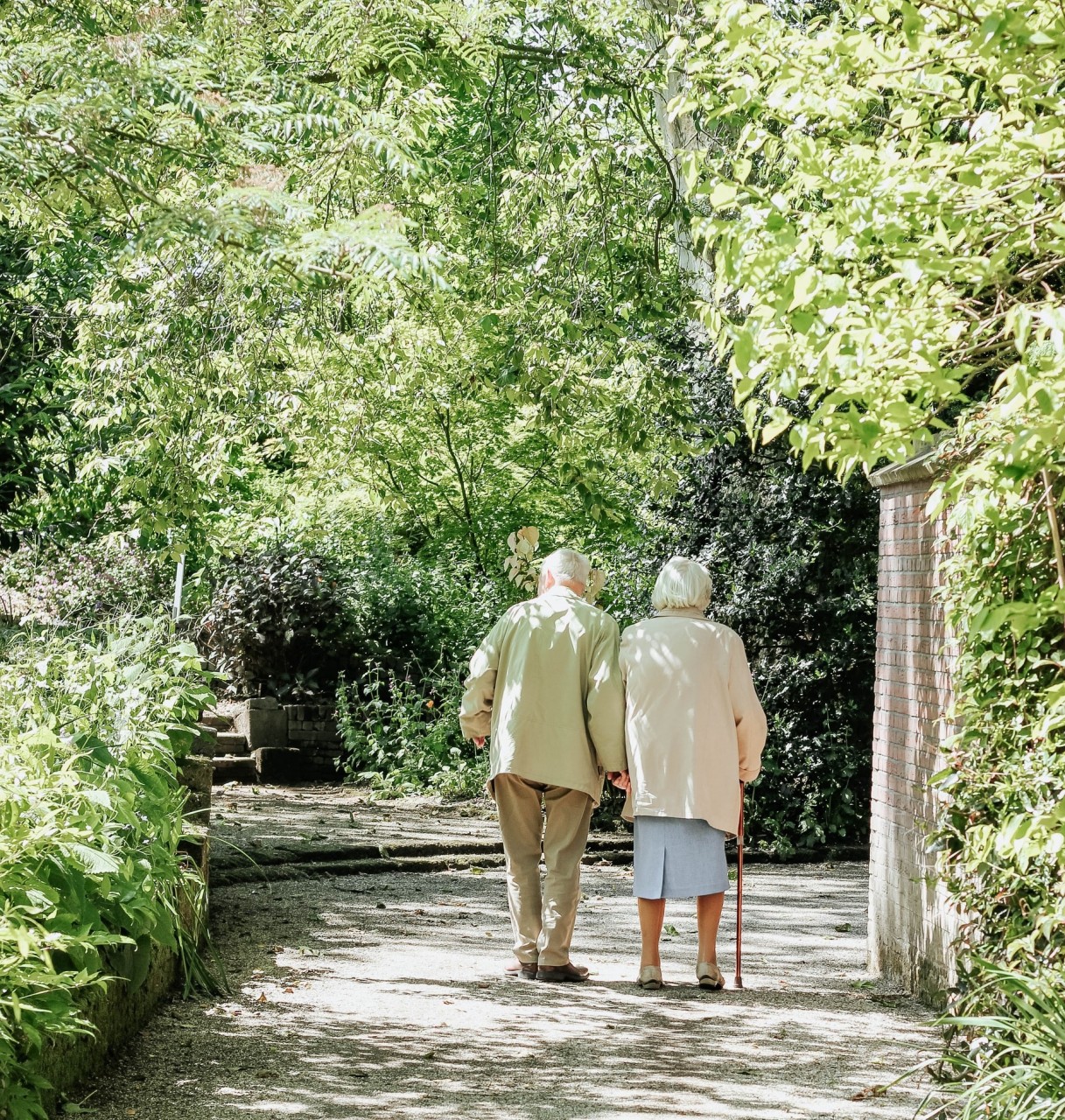 Ageism is prejudice or discrimination on the grounds of a person’s age. HelpAge International, a network with 157 members in 90 countries, has launched a global campaign called “Age demands Action”. The Campaign encourages older people to meet with decision-makers in their local and national governments to push the issues most important to them, such as pensions and healthcare. The campaign concludes on October 1, the International Day of Older People. Several organizations representing the interests of older people and member states have been advocating for the establishment of a new United Nations Convention for the rights of older people.

On October 1, The Decade of Healthy Ageing (2020-2030) will be launched by the World Health Organization to bring together governments, civil society, international agencies, professionals, academia, the media, and the private sector for ten years of concerted, catalytic and collaborative action to improve the lives of older people, their families, and the communities in which they live.

In the global South, less than 20% of old people receive a pension, a necessary mechanism to reduce old age poverty. It is vital for all governments to adopt universal social pension schemes that are of an adequate level to provide income security for all people as they grow older. Pension schemes for the aged serves the SDG 1 on reducing poverty in all its forms globally. 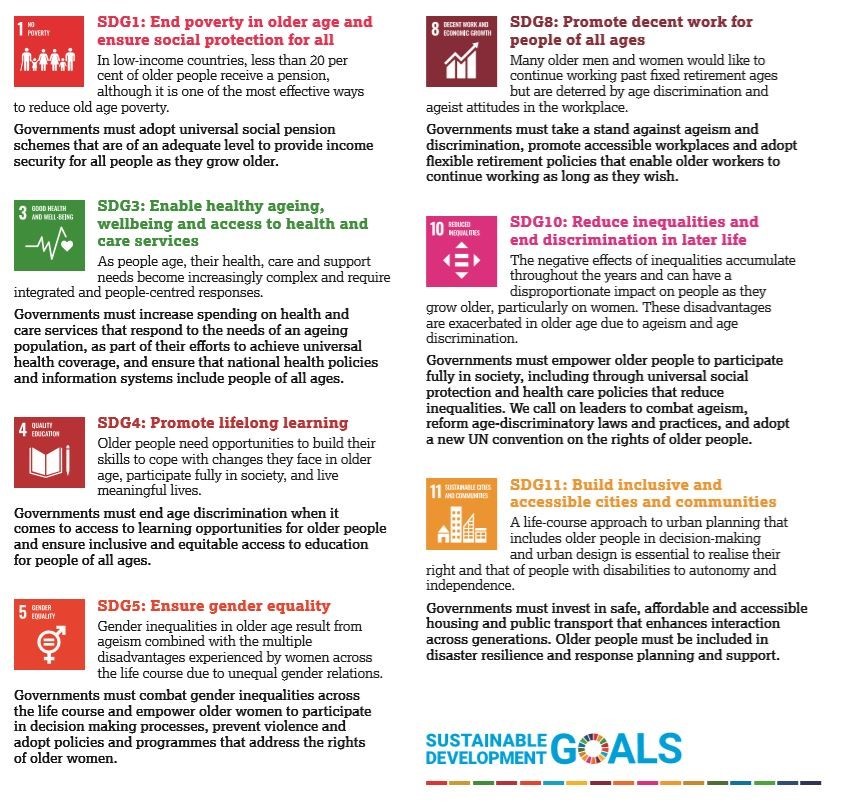 Older persons are particularly vulnerable to malnutrition affecting their health, recovery from illness and general well-being in old age. Yet, the relationship between ageing and nutrition has not been given the proper attention under SDG 2.

For the world to achieve universal health coverage under SDG 3, a good health care system that responds to the needs of an ageing population would be part of the efforts. This calls for government leaders to embrace special service provisions for the aged population on national health policies and information systems.

Older women and older men are subjective to discrimination and experience the negative cumulative effects of years of inequality.  In provision to SDG 8 on reducing inequalities and end discrimination in later life, it is essential for government leaders to promote social protection policies and reform age discriminatory laws and practices that reduce these inequalities.

Formulating and amending policies to be more inclusive and accommodate the needs of the older generations around the world is vital in achieving the sustainable development goals. Older people are part of the society and need to be treated as such.

Political Declaration and Madrid International  plan of Action in Ageing

Aging and the SDGs

Morgane has been working in international development and communications in relation to the agrifood sector for the past 15 years. She has worked for international organizations, NGOs, and the private sector. She has been a spokesperson for specific industries as well as business groups in international policy processes. For two years, she was the private sector representative at the UN Committee on World Food Security where she helped found the Private Sector Mechanism. She was also vice-chair of the Food and Agriculture Committee of the Business and Industry Advisory Committee (BIAC) to the OECD. Morgane is passionate about building engagement with diverse stakeholders and representing civil society in United Nations processes and agencies. She has a strong background in corporate and digital communications.

Prior to joining Emerging Ag, Morgane was Director of Communications at the International Fertilizer Industry Association (IFA). During her time at IFA, she co-chaired the Farming First coalition. She also worked for the World Bank and the International Food Policy Research Institute (IFPRI). She has conducted fieldwork in Latin America and Africa. A French national, Morgane is fluent in French, English, Portuguese and Spanish. She holds a Master of Science in Development Studies from the London School of Economics, an MBA from the Sorbonne Graduate Business School, a BA in History from the Sorbonne University and a BA in Chinese from the International Institute of Oriental Languages.