The International Agri-Food Network (IAFN) was formed in 1996 as an informal coalition of international trade associations involved in the agri-food sector at the global level.

The network facilitates liaison and coordination among the member organizations and engages international organizations in the agri-food chain at a global level. The IAFN is the elected focal point of the Private Sector Mechanism (PSM) at the United Nations Committee on World Food Security (CFS) in Rome. The Private Sector Mechanism is an open platform providing a permanent seat for private enterprises right across the agri-food value chain, from farmers, to input providers, to cooperatives, processors, SMEs and food companies.

Emerging has been contracted to provide secretariat services to the International Agri-Food Network. Since its appointment in 2011, Emerging has supported the IAFN to grow to a network strong with 14 permanent members and the Private Sector Mechanism to reach close to 600 members, establishing the Mechanism’s financial sustainability. Emerging coordinates the work of 8 thematic working groups supporting policy coordination and the representation of business in the Committee. In addition, Emerging has played an important role in positioning IAFN as a key player in advocating for agriculture, food security and nutrition in the post-2015 and Sustainable Development Goals negotiations. In 2017, Emerging hosted for IAFN the Agriculture and Food Day in the margins of the High-Level Political Forum for Sustainable Development (HLPF) in New York.

In 2017, IAFN took on the hosting of the Coalition for an Enhanced Codex, a new coalition advocating for the strengthening of international food standards, in particular the Codex Alimentarius. The Coalition currently counts 28 members, international agri-food trade associations and companies.

Emerging organizes and coordinates all IAFN activities at the annual UN Committee on World Food Security meetings in Rome, Italy. In addition to the ongoing policy coordination work, the team coordinates in particular two delegations a year: over 100 people in October for the annual session of the Committee and about 40 people for IAFN and PSM Annual General Meetings in May/June of each year. Emerging also hosts side-events on behalf of the Network at various international meetings. 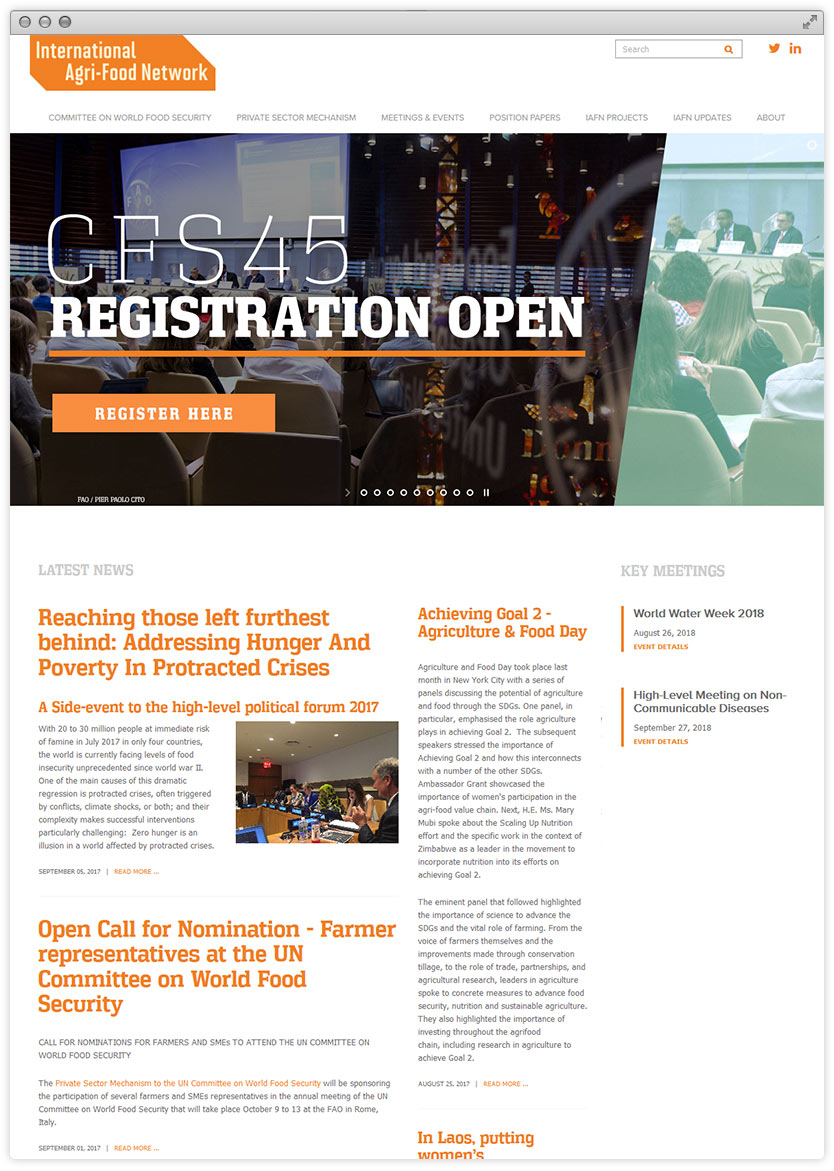 This event raised awareness about innovation processes and exposed participants to products reformulated according to different global and regional nutrient profiles. The event was attended by over 40 people, including Ambassadors, FAO staffers, members of the Nutrition Technical Task Team (TTT), Bureau Members, private sector actors, and others.

“The event was attended by over 40 people, including Ambassadors, FAO staffers, members of the Nutrition Technical Task Team (TTT), Bureau Members, private sector actors, and others”

In the context of the 2017 UN High-Level Political Forum for Sustainable Development (HLPF), the International Agri-Food Network (IAFN) partnered with 12 organizations host Agriculture and Food Day on July 13th at the Yale Club in New York City. The purpose of this event was to raise awareness of the critical need for investment in Sustainable Development Goal 2 (“zero hunger”) for the achievement of all the UN’s Sustainable Development Goals (SDG’s). The day involved a thematically-focused plenary session, a series of roundtable discussions to address interlinkages between SDG’s, and a dynamic luncheon featuring youth in agriculture.

Agriculture and Food Day provided an opportunity to hear directly from individuals throughout the agrifood chain on what we need to do to achieve Goal 2. It also allowed for the 181 participants to network, share knowledge and explore future collaboration in an open and dynamic environment.

“Thanks for the excellent support during the event.”

The Committee for World Food Security (CFS) is the United Nations’ forum for reviewing and following up on policies concerning world food security. It also examines issues which affect the world food situation. It was established as a result of the food crisis of the 1970s, upon recommendation from the 1974 World Food Conference.

Each year, the Private Sector Mechanism joins the UN Committee on World Food Security (CFS) to discuss the issues and solution on global food security and nutrition.

“A big thank you to you and all the team for a fantastic week (as usual). You organisational skills as well as your deep knowledge of all issues discussed are phenomenal. I came home with so many new contacts and insights. It is indeed a week well spent.”

“I’m always impressed with the high caliber of work product and dedication that you all have in ensuring that the private sector is able to participate effectively in CFS events.  I understand how much time, energy and attention to details it takes to organise and prepare for the week and greatly appreciate it.”

“Thanks for your initiative in convincing me to attend Rome’s assembly & the support you & your professional team provided me.” 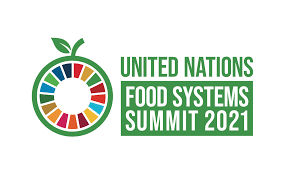 The UN Food Systems Summit took place on September 23rd-24th, 2021 under the auspices of the UN General Assembly. Billed as “The People’s Summit” and “A Solutions Summit,” it recognizes that food systems touch all of society, and all stakeholders.

SAWBO is a science-based civic education program based out of the University of Illinois which works to create accessible videos into a diversity of languages from around the world. Our work is to help guide them in best practices and strategies to promote these videos to the necessary audiences.