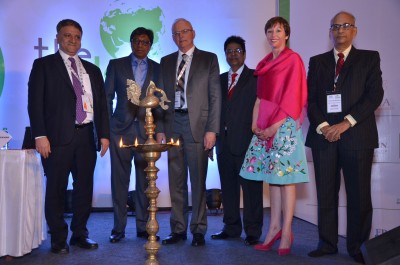 The Pulses Conclave held in Jaipur February 17- 19 was one of 11 signature events in 2016 to mark the United Nations International Year of Pulses.  I had the honour of speaking during the opening session, and highlighted the many activities taking place across the Global Pulse Confederation to celebrate the International Year.  In just one day on January 6th, #PulseFeast was able to reach 21 million people on the importance of pulses through social media and 141 events in 36 countries.  It was a great launch and there are now hundreds of recipes and resources available at www.pulses.org.  All the delegates were encouraged to celebrate more #PulseFeast opportunities in April using some of the national dishes featured on the site and to include their tweets, pictures and stories with IYP.

According to Dr. D. Bergvinson, head of the International Crops Research Institute for the Semi-Arid Tropics (ICRISAT) other changes also need to be made to reach this goal. He stated that there is a “strong need to bring rice-fallow land into pulses production, add 4 million acres to Indian production.” He also noted pulse storage needs to be closer to farmers and pulse processing should be improved to reduce losses. Taking up these calls to action, the Indian Pulse and Grain Association signed an agreement with ICRISAT to further pulse productivity in India.

The laudable plans to increase production will still require significant trade in the foreseeable future. At this time, it is important to keep the trade rules predictable.  Trade has not been able to keep pace with the production drops according to Mr. G. Chandrashekhar of the Hindi Business Line.  In this context, having over 1000 participants at the Pulses Conclave was a strong statement about the importance of the trade and its commitment to furthering the pulse sector.

This Conclave also brought many positive partnerships, such as when the Mynamar Overseas Trade Association and IPGA signed an understanding to work jointly to promote trade between the two countries. The IPGA also agreed to work with ITC to promote small business in developing countries and had a strong delegation of small businesses from Africa interested in meeting Indian supply needs. 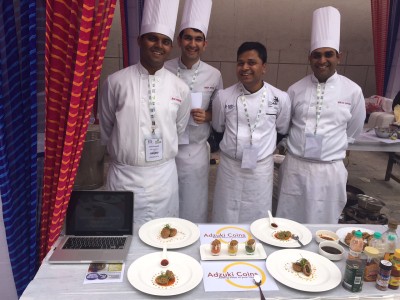 The week capped off with the exciting #LovePulses Product Showcase.  A team of students from the Institute of Hotel Management in Bangalore won an Indian-wide food competition for developing innovative dishes using pulses.  Alok Prasad, Aseem Kumar, Harsh Bansal, and Saurabh Agarwal used adzuki beans, red split lentils, black gram and other ingredients to create “Adzuki Coins” – a wonderful new snack.  “The depth of the innovation and creativity was striking,” said Pravin Dongre, Chairman of the IPGA.  “It was an honour to recognise the team from Bangalore among the 36 entries initially received. This is one step on the nutrition side of food security and IPGA will also be working to increase productivity in pulses in India – a vital issue to national and international food security.”  It was an honour to be there.