From 13 – 15 June, the International Agri-Food Network (IAFN) and Private Sector Mechanism (PSM), respectively, hosted their Annual General Meetings. The meetings were held in a hybrid fashion, with the in-person portion taking place in Rome. This was the first time since 2019 that members of the Association had been able to come together since the COVID-19 pandemic, which was welcomed by all. These three days hosted a series of events including the actual AGM meetings, seven bilateral meetings, internal topic-specific discussions on soil health and CODEX, and a reception hosted on the evening of the 14th. It was a busy week for the 38 private sector delegates in Rome. 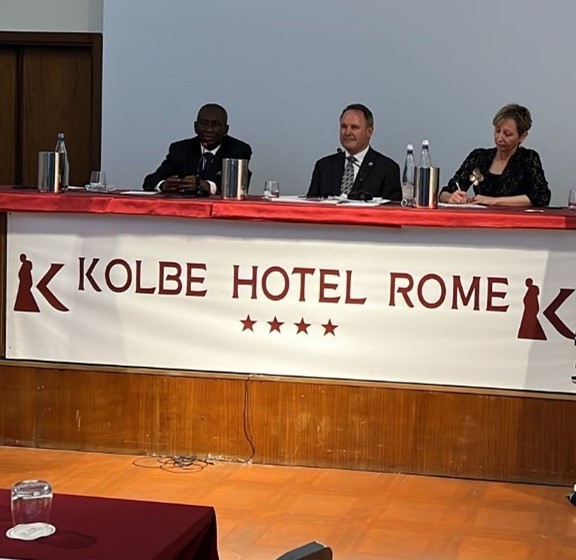 The annual general meetings allowed the group to review the 2022 work plans that were agreed upon in December 2021. Delegates welcomed the progress being made in many areas including the completion of two PSM events in the form of the gender dialogue held in April and the Youth Forums held throughout May. IAFN was also pleased to discuss the outcomes of a meeting held with the FAO Director-General in April. The meetings were also an opportunity to plan for the send half of the year including engagement in the FAO Strategic Framework 4 Betters and CFS50, taking place in October. The group was also very pleased to welcome members of FAO and Member State delegations for seven official bilateral meetings. These meetings were moments for PSM members to have an open dialogue with the officials on several topics. Highlights from these meetings included learning more about the developing Food Systems Summit Hub and a chance for PSM to discuss their contributions, both past and present to the ongoing negotiations that were taking place on the Voluntary Guidelines for Gender Equality and Women’s and Girls’ Empowerment and the Policy Recommendations for Promoting Youth Engagement and Employment in Agriculture and Food Systems. All these meetings were incredibly valuable in IAFN and PSM’s continued engagement in FAO and CFS processes and building relationships with the Member States. 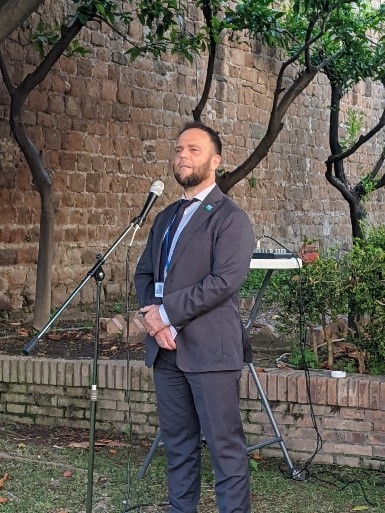 On the evening of the 14th, the group hosted a reception, sponsored by PSM member Rabobank, in which FAO staff and Member states were invited. Over 40 guests were present in addition to the private sector delegation, and able to engage in one-on-one conversations with private sector members, in some cases it was an opportunity to continue earlier discussions and in others, it allowed introductions and engagement building. CFS Chair Gabriel Ferrero was in attendance and provided remarks thanking the group for their continued engagement and support in the ongoing processes. At the reception, two display tables were also set up to engage the guests in discussions around the true value of food and decent livelihoods. The tables shared handouts, case studies, and displays. 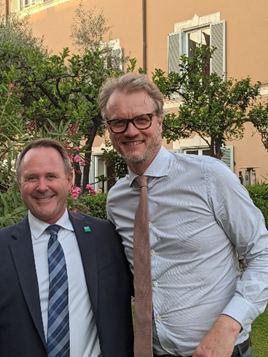 Along with the meetings and events, the week of annual general meetings also brought new leadership to the group. Michael Keller, Secretary General of the International Seed Federation was unanimously elected the new Chair of the International Agri-Food Network, and in turn the Private Sector Mechanism. Michael Keller is proceeded by Rick White, President, and CEO of the Canadian Canola Growers Association, who completed an extended three-year term as Chair.