Forget about sharks, crocodiles, snakes, or even humans. The deadliest animal on earth is the mosquito. These creatures have been taking millions of lives every year, as they transmit numerous diseases; zika, yellow fever, dengue, chikungunya, and malaria are just some of them.

On August 20, we celebrate World Mosquito Day, a great opportunity to raise awareness of the dangers of mosquitoes, and the diseases they carry. The date was created in 1897 to mark the ground-breaking work of Sir Ronald Ross, who discovered that female mosquitoes transmit malaria between humans.

Emerging ag is honoured to count as our client Target Malaria, an international not-for-profit research consortium investigating novel genetic technologies to help eradicate malaria of Africa. Target Malaria aims to tackle malaria at the source: the malaria mosquitoes. By reducing the population of malaria mosquitoes, the project aims to reduce the transmission of the disease. The strategy focuses on decreasing the number of female vector mosquitoes in a population as only the females bite.

We have made significant progress in the fight against our deadliest enemy and malaria in the last twenty years. According to the WHO World Malaria Report 2019, malaria cases continue to decline globally, from 231 million in 2017 to 228 million cases in 2018. In the past decade, 23 countries have been certified malaria-free. However, 405,000 people still died from the disease in 2018 – children aged five and under accounted for 67% of the total. We are also seeing malaria cases increasing in the highest-burden countries with 93% of malaria deaths occurring in Africa. 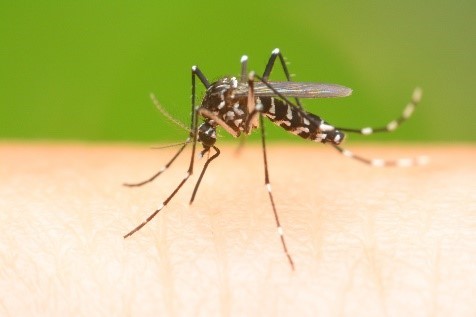 Current tools used to combat the disease, such as bed nets, indoor residual spray, drugs, and improved diagnostics were, and still are, responsible for saving millions of lives worldwide. However, they were not able to eradicate the disease in many countries. They do not reach well remote and rural populations and rely too much on individuals to change their behaviours and use them correctly and frequently. The increasing resistance to insecticides and antimalarial medicine does not make the fight any easier.

We need new tools if the world wants to eradicate malaria completely, as notably highlighted in reports from WHO and the Lancet Commission. However, COVID-19 remind us that we also need robust health care systems. The pandemic is already affecting prevention and treatment programmes of malaria and other diseases worldwide.

According to The Global Fund, three-quarters of 106 countries reported disruptions on HIV, tuberculosis and malaria programmes. The organisation is expecting 382,000 additional malaria deaths in 2020 compared to 2018. A similar conclusion can be found on this report from WHO and this paper from Imperial College London.

Target Malaria works with some of the most renown entomologists, molecular biologists and geneticists to co-develop genetically modified mosquitoes with African institutions. These genetically modified mosquitoes can potentially become a cost-effective and sustainable intervention against malaria, complementing existing tools to fight the disease. Learn more about Target Malaria’s entomological work:

Tour of Target Malaria’s insectary at the IRSS, Burkina Faso

Let us use the World Mosquito Day to call for further commitments from governments, international organisations, and donors to eradicate malaria. Let us use this day to remind the world that efforts to eliminate vector-borne diseases must not be disrupted. COVID-19 exists in addition to, not instead of other health challenges. We need to be better prepared to avoid setbacks when other health crisis emerges.

Help us to create a buzz this World Mosquito Day. Check the website of the RBM Partnership to End Malaria to know how!

As a Strategy Manager, Zaira works on stakeholder engagement strategies, risk monitoring and policy development in a range of projects, mostly related to public health and ecosystem conservation.