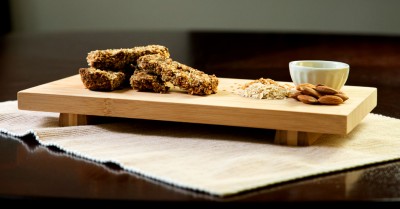 The Mexican Government and food companies have been working on social campaigns to fight obesity. As a result, the market for oats has been growing as consumers recognize the dietary benefits of whole grains. Emerging Ag is helping POGA, since 2012, to promote the nutritional benefits of oats in the Aztec country.

Last year, POGA launched an online advertising campaign that has obtained success among Mexican consumers. While the website AvenaCanada.com receives a daily average of 700 unique visitors, the Facebook Fan Page has over 31,200 followers.

Although oats are not a traditional staple food in Mexico, there are many ways in which they can be incorporated into their diets. Being a Mexican, I have been commissioned with the fun task of creating these recipes. Enchiladas with tortillas made with oats, Atole and horchata with oats, and many more. Have a look at the Mexican recipes featuring oats here. More creative recipes will come soon. Oats porridge with cotija cheese and jalapeño toppings? Everything is possible, so stay tuned.

Paulina helps Emerging with commercial market outreach, in particular with delegation coordination for trade missions. She is the lead event planner, coordinating the planning and onsite logistics of all sizes of events around the world. Paulina is also involved in Emerging’s online and offline communications, in particular content and community management, branding and marketing activities. Paulina has worked for many national and international media networks covering different events - not only in front of the microphone, but also as advertising sales consultant, media relations, marketing manager and host for official and public events. Her experience in Rome includes working in digital communications for the private sector and as press officer for the United Nations agency International Fund for Agricultural Development (IFAD).

A Mexican national, she is fluent in Spanish, English, Italian and Portuguese. She holds a Bachelor’s Degree in Marketing from the Universidad Mexicana and a Laurea Magistrale in Journalism from the Università di Roma Tre. Paulina has been living in Europe for the past 7 years and is currently based in Rome, Italy.