“We the Peoples of the United Nations”

After the inability of the League of Nations to prevent World War II, the international community was keen in 1945 for another attempt at a world organization which could offer collective security.  It was US President Franklin Roosevelt who first coined the term “United Nations” and who began the sequence of actions that led to the unanimous adoption of the UN Charter.

The United Nations is the largest and most representative multilateral organization in the world. For many, the United Nations stands as a representation of the quest for an ideal world. One where war is no more, all people are equal, human rights are respected and all people everywhere benefit from economic prosperity and social advancement. Yet sadly, for many the UN has failed to save them from the horrors of war, famine, disease, poverty, displacement, and the many ills of the world. Living as we do, therefore, in a time when multilateralism seems to be waning, is the UN still relevant?

When considering the UN’s relevance in today’s world, it is in my view, that it’s important to ask ourselves another question, and that question is, can we imagine a world without the United Nations?

Since 1945 the UN, through its policies, actions, and of course, the tireless commitment of its staff, has assisted hundreds of millions to fight poverty, hunger, and disease. Child mortality has been reduced, untold numbers of refugees and vulnerable people have been assisted, millions have realized their right to self-determination, respect for human rights is now a norm, the Treaty on the Non-Proliferation of Nuclear Weapons has prevented a nuclear disaster, all this while preventing another war on the scale of WWI and II.

I, therefore, ask again; can we imagine a world where there is no United Nations? No world body that brings us together to ensure collective security, to fight global hunger, to assist refugees, to provide a platform to tackle climate change, to promote human rights. Can we live in such a world and more importantly, would we want to? My answer is no.

The UN is not perfect by any means. But as Amina Mohamed, Deputy Secretary-General, said at a 2017 Athens Democracy Forum, “The problem is us, the Member States, because these organizations can only do as much as we allow them to do.” 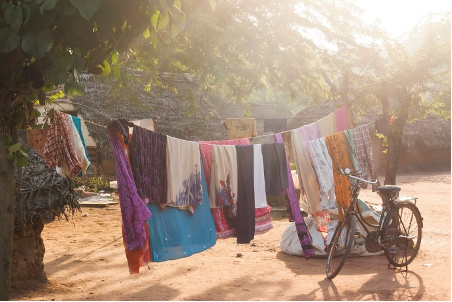 The political, multilateral process is painstakingly slow and often frustrating. Action on important political issues can be prevented, with narrow self-interest taking precedence. Failures to prevent the genocide in Rwanda and the Iraq war are some of the UN’s disappointing moments. Nonetheless, let us remember, that the UN can only act when Member States agree and “we the peoples” demand our Governments and representatives take decisions that allow the UN to act. For this the UN must be strengthened and reformed. The veto given the five Permanent Members of the Security Council is an anachronistic privilege and one which must be removed if the Council is to have true legitimacy. Moreover, the world does not look as it did in 1945 – many countries which were under the yolk of colonialism at that time are now Member States in their own right, the Security Council should reflect this via a broader representation of the world. These would be beginning steps in a much wider reform which would make the United Nations adaptable, more efficient, and effective, transparent, and accountable to “we the peoples”.

We live in an uncertain time, one of great upheaval. A global pandemic has laid bare the world’s fragilities and shown us how vulnerable our global systems are. Efforts to tackle climate change have demonstrated the need and the importance of international cooperation. As governments and citizens look towards a post-COVID-19 world, we see the indispensable role of multilateral cooperation and the UN is the only global institution that brings together all the countries of the world to work together for common objectives in all our collective interests. The United Nations, therefore, continues to be relevant and continues to be the source of hope for many towards a better, safer, more equal world for we the peoples. Happy UN Day.