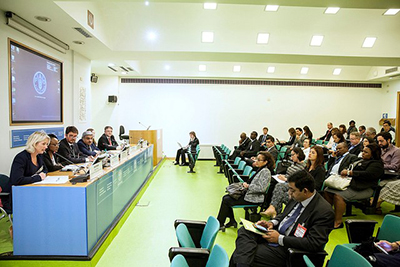 How often do we think about all the regulations that surround our food? Probably never. And yet, before we can enjoy any meal, a lot of standards have been playing their role in the background to make sure our food is safe for consumption. As the world population is growing fast, so are the technologies in food safety, improved standards and trade flows enabling the agriculture industry to keep up with the growing demand. This pace is necessary to be able to achieve the Sustainable Development Goals and especially Goal 2.

Market access issues are some of the most important obstacles to achieving these goals and standards setting bodies like Codex Alimentarius are challenged to deliver at the same pace as the world demands. The Codex Alimentarius, managed jointly by the FAO and the WHO, plays a critical role as the most important international standard setting body in the area of food safety, quality and trade fairness. Thus, enabling trade in agricultural products to benefit producers, importers and consumers.

With this perspective in mind, I helped organize a timely side-event on “The role of standards to facilitate trade of agricultural commodities for food security and nutrition” that was organized in the margins the Committee on Commodity Problems since a large portion of commodity problems has to do with market access issues.

The event was chaired by H.E Anil Wadhwa, Ambassador of India to the Republic of Italy and the UN Rome-Based Agencies and moderated by Eric Robinson, Counsellor for Agriculture at the Permanent Mission of Canada to the UN Rome-Based Agencies. The side-event covered the importance of trade and international standards, as well as the need to continuously improve procedures to avoid constraints on the trade of agricultural commodities.

Speakers gave a short presentation highlighting different aspects of the challenges posed by such issues as current delays in MRL approvals, but also presented the initiative of creating a coalition that deals with agricultural commodities affected by MRLs for pesticides or MRLs more generally.

June Arnold, Head of Trade Policy at the Grain and Feed Trade Association (GAFTA) has been tackling this issue since 2007 when she joined GAFTA. “The grain industry’s challenge is to move agricultural commodities from areas of surplus to areas of deficit, provide for regulatory compliance, safety and cost efficiency. The role of Codex in standard setting is all important to the global agri commodity trade so that it can carry out its role, and international standards such as MRLs help facilitate trade and enable regulatory compliance.” She also flagged that one of the main challenges is the need to comply with zero or near-zero default tolerances which are commonly applied today by countries as they wait for limits to be established at an international level.  “We face a situation where testing technology is cheaper, easier and more sensitive, and this WILL increasingly disrupt trade and add to price volatility”.

Katie Donnelly, Director of Scientific Affairs with Tata Global Beverages, and member of the FAO/IGG Working Group on MRLs for Tea, provided the audience with some insights and experience from the Tea sector regarding this issue. “The current JMPR / Codex scheduling and review process takes too long, however Codex standards are not uniformly recognised or adopted in some tea producing and importing countries. Reforms to the Codex process and more global recognition of Codex standards are urgently needed to facilitate trade and help producers.” 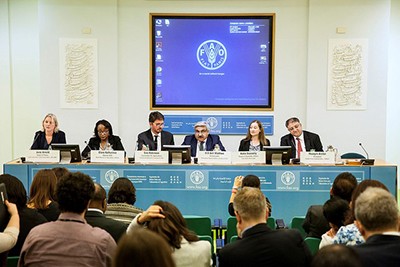 Codex standards serve in many cases as a basis for national legislation. More and more developing countries are taking an active part in the Codex process.  Clara Kathurima, Deputy CEO of Rural Women in Agriculture is a farmer and expert in women’s development and women’s empowerment. She shared her perspective on how the setting of these international standards impacted her as an African female farmer. “Farmers face the struggle to meet various standards; the Codex Alimentarius standard included. The latter has been used as a reason of failure to settle payments to farmers, stating a shift in MRLs by the importing company.  This has led to thousands of dollars in losses to farmers!“

In developing countries pulse trade represents a golden opportunity for improving livelihoods of smallholder farmers and contributing to sustainable rural development. A global call for reform of the MRL process was initiated in the context of the International Year of Pulses 2016, through the mobilisation of numerous groups beyond the pulse sector interested in seeing improvement in the manner and speed with which Codex MRLs are being set.

Huseyin Arslan, President of the Arbel Group for the past 15 years is one of the key actors of the Pulse sector in Turkey and also an active member of the coalition through the Global Pulse Confederation “A broad coalition of industry partners and farmers was established to improve the MRL approval process through JMPR and CCPR in order to obtain a more effective and efficient international standardization of MRL approvals which will help facilitate global trade and support food security.”

This event marked a key stepping stone in the effort to identify key challenges for global trade around quality and timely standard setting, exploring ideas to address capacity and methodology issues. This is also another stepping stone for us to look at our food in a whole new perspective!

At Emerging, Hapsa deals with strategy development and stakeholder engagement planning and tracking. She engages in training and capacity building efforts around crisis management and strategic communications for specific clients, and also supports the team with general communication and content development. Hapsa has exeperience managing several projects from brand auditing to writing for a French parliament journal and also lobbying for media liberalization in Mauritania. With an interest to make a difference on key development issues, Hapsa created a development magazine with the support of UNDP and UNFPA. Hapsa currently volunteers for “Santé sans frontières” a Mauritanian NGO aiming to raise awareness about key public health issues particularly on how to prevent Malaria and HIV in exposed populations.

Hapsa studied Materials Sciences and Applied Physics at the University of Orleans. As her interest in development grew, she went to Paris where she graduated with a Master degree in Public Affairs at Inseec Business School Paris and London College of Communication. Currently based in Nouakchott, Mauritania, Hapsa is fluent in French, English, Fulani and Wolof.