Pulses can be a major player in the fight against one of the most urgent global food challenges: malnutrition. A recent clinical study in Malawi has found that complementary feeding with cowpeas reduces stunting in children and improves overall gut health. 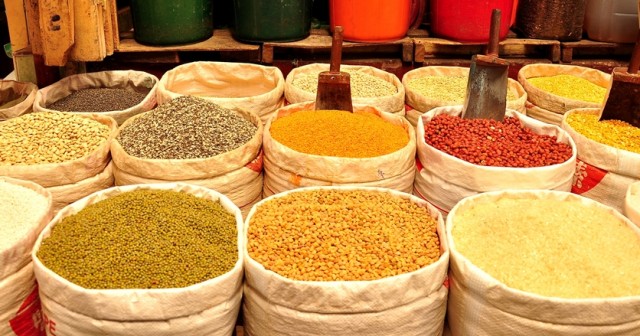 In African children, stunting usually occurs between 6 to 15 months, when complementary foods are first introduced. When cowpeas were added to the complementary feeding of Malawian infants aged between 6 and 12 months, stunting significantly reduced in height by age scores. For children between 12 and 36 months, the addition of navy beans to their diets led to an improvement in gut health and reduced inflammation. With global trends showing a sobering increase in world hunger and malnutrition, this is an exciting development!

Despite increased focus on issues of hunger and malnutrition, trends show that we are still moving backwards in our fight against these challenges. Recent research has found that high levels of Child Growth Failure such as wasting and stunting continue to persist in Africa. In 2016, an estimated 36.6% of children under five were stunted, 8.6% wasted and 19.5% underweight in Sub-Saharan Africa. Childhood Growth Failure (CGF) was the second leading risk factor for child mortality and accounted for more than 23% of deaths of children under five. Africa is not expected to meet the Target to end malnutrition, specifically wasting and stunting, by 2030.

To tackle the issue of stunting in children, an affordable and accessible solution like this one is critical. The Feed the Future Legume Innovation Lab, supporters of this research, “believe that grain legume supplements in diets could be game changers for addressing stunting and gut health in undernourished young children in developing countries”, and we commend their good work towards this goal. These positive research outcomes an excellent reminder of why Burkina Faso is leading the charge for a World Pulse Day to be declared.

Since the UN declared 2016 the International Year of Pulses, we have seen an increase in the awareness and consumption of pulses around the globe. Pulses are a nutrient powerhouse packed with protein, nutrients and amino acids; the results of this clinical study prove that they can be an impactful weapon in tackling the scourge of stunting in children, thus boosting food and nutrition security in the developing world.