“Our Time has Come!”

It is an amazing night to have three women inducted into the Canadian Agricultural Hall of Fame on the same evening, moving us from 8 women and 210 men.  Now if we just keep doing this for the next 70 years, we’ll be all caught up.

But seriously, it is a special moment and a true honour to be joining Jean and Patty tonight.  Women have long been a backbone of the agriculture sector.  With time and patience, we are seeing more women moving into leadership roles.  At the same time, it is also a conscious choice and I hope every one of us in this room will use tonight as a reminder that we need to turn to women and ask them to join the boards, the committees, and the leadership roles.

Herb called me to say I was being inducted and I dropped the suitcase I was putting in the overhead bin of the plane I was boarding because I was sure I had misheard.  Certainly my nominators are all very stealthy people as I didn’t have a clue I was being nominated. Herb went on to say that the three of us hadn’t been picked because we were women but because we were the best candidates – a sentiment to which we can all applaud and a good reminder that there are many fantastic women leaders who should be nominated each year.  We just have to consciously choose to add them to a list of Nominees; and as the Chair of the Association; or a member of a Corporate Board. 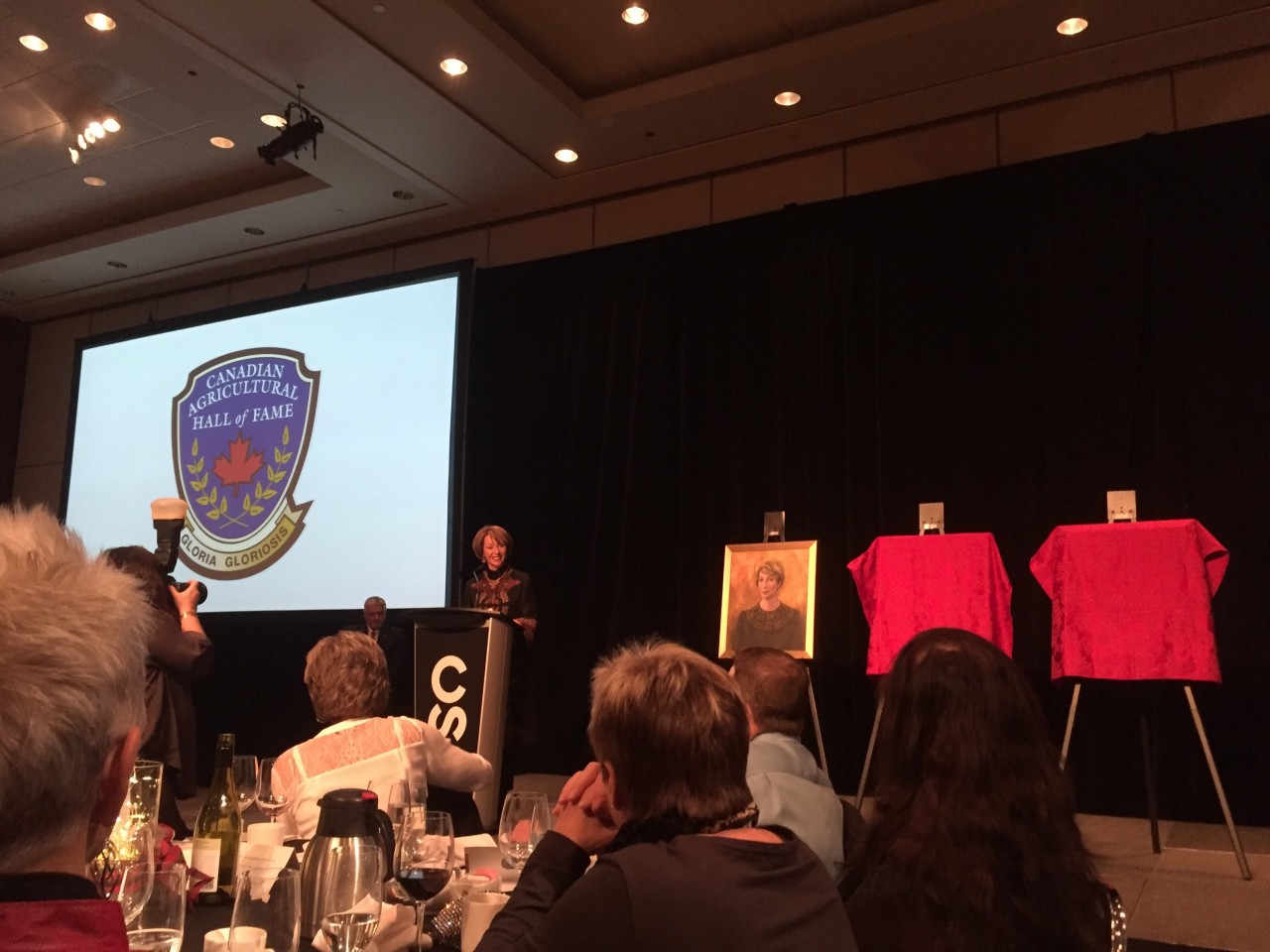 One of the things I found most moving afterward was to realize that people had considered me a mentor for women in agriculture.  In fact, it is a great pleasure tonight to have women – and men – who have been part of the teams I have built here.  So I would like the past and current Issues Inkers and Emerging aggies to stand.  It is these young people who represent the future of agriculture and I am so proud of each and every one of you and the growing roles you are playing in agriculture.

Indeed, I have much to be thankful for, including the faith that the seed industry showed in me as a young woman in her 20’s.  At every turn, they were willing to let me be part of their tremendous journey to provide the seed that is the  foundation of crop development.  The fact, that so many other sectors were also so kind is really a gift.  The fact is, I have served at your pleasure – and everyone from inputs, to dairy, to pulses to grain trade, and beyond has loaned to me their trust and the power of their voice.  My success is only the ability to bring you together and to foster operating environment’s in which you can produce the world’s food, fibre and fuel.  You do all the hard work. 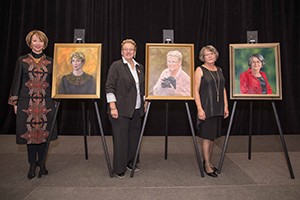 Your kindness has allowed my world to get so much bigger, and to work with farmers all around the globe and in every aspect of the agri-food value chain.  What has struck me most is that agriculture is more valuable than ever before but faces attacks in an unprecedented manner.  I have learned we all share more in common than we have apart.  The rancher’s fences and the farmer’s field may make for some chat across the barbed wire, but as we hear people disrespecting the way we grow crops, raise meat and steward our land, let’s remember we are a community that needs each other.  We do great work and we need to share it.  “We need to celebrate; not denigrate.”  Tell the world what Canadian agriculture is doing well and keeping changing to do it even better.

And in a final note, I could not leave the stage without thanking Brenda Trask for her incredible work to organise tonight, to the Board of the Hall, to my mentors who have flown so far and of course to my family including my aunts, uncles and cousins.   Chris, Kelly, Calem, Kieran and Craig – no one could be so lucky to have a family dinner table where science and farming are given their due on a nightly basis and in the extraordinary work you do in science.  And to my dad, Bob, who taught me that farming is the noblest profession by being the most noble man I know and who gave me this passion for agriculture.  And of course, to my Mom Joan, who was a brilliant leader, a tremendous teacher, and a woman who showed me how to build a community by valuing everyone in it.

Again, I am so proud and thankful to you all. 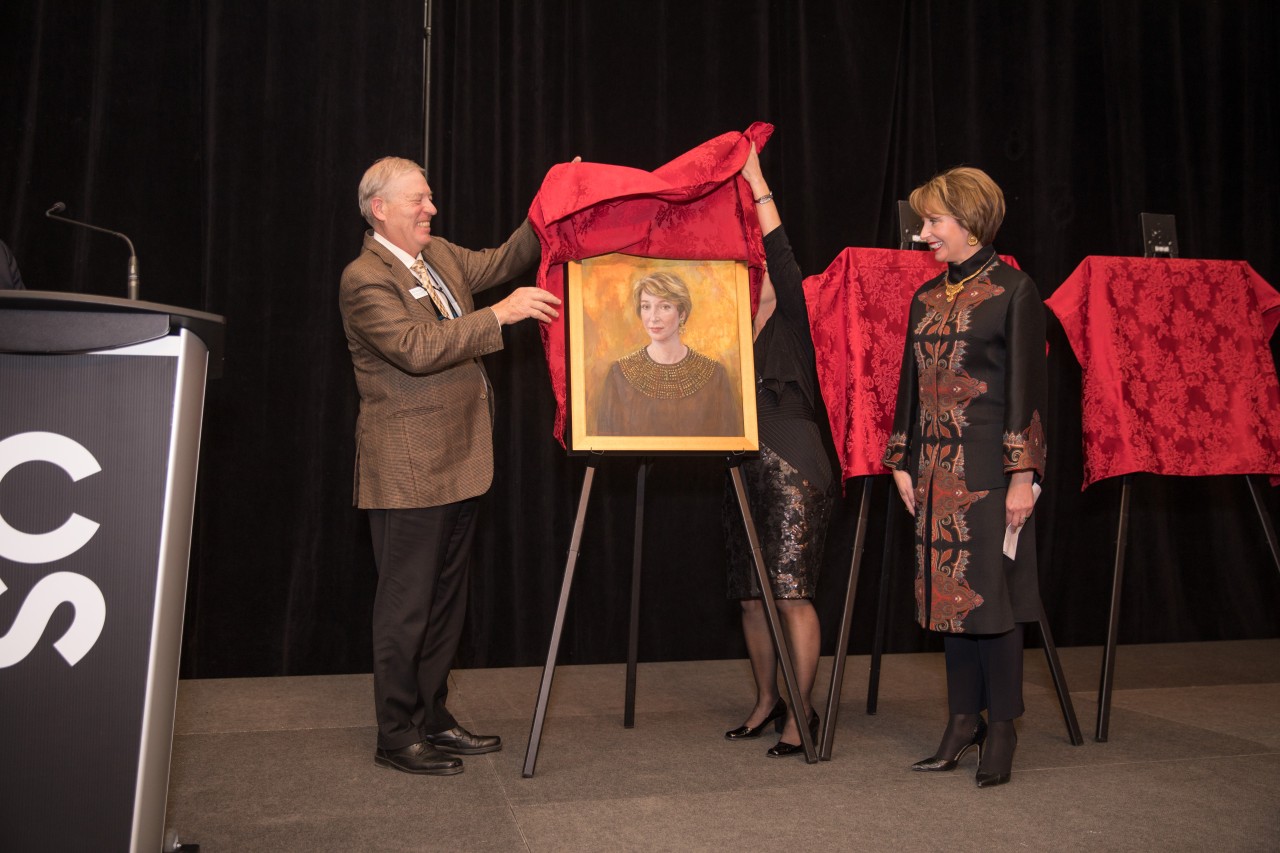 Robynne Anderson the President of Emerging ag talks with Shawn Brook at the CSTA Semi Annual Meeting held in Calgary, Alberta from November 26-28, 2017.