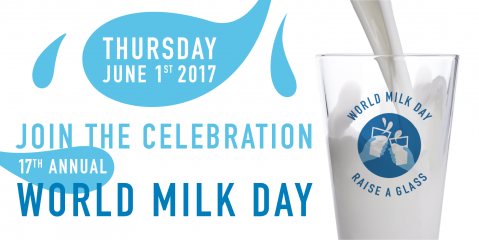 When you picture a glass of milk in a child’s hand in Canada, it might not lead you to think about the one billion people around the world who derive their livelihoods from the dairy sector. In fact, livestock, including dairy, is often a portal of entry to agriculture and food security for many small families who may not have access to land to farm. A cow that provides fresh milk or a chicken that produces eggs, can be a way, often for women to provide regular food to their family and ultimately to earn an income. Over 37 million dairy farms are female-headed making them a major part of dairy production systems and think about the multiplying impacts on their families.

Also, the importance of the dairy sector in economic terms is not limited to producing milk. There are many great examples of projects working to help create value addition through milk. It can be a simple as having a cooling facility to allow milk to get to market in programmes like those run by TechnoServe and Heifer International. In one East African programme alone, they are working with 136,000 smallholder farming families in Uganda, Kenya, and Tanzania to sustainably improve their livelihoods by 2018, while stimulating income growth for an additional 400,000 secondary beneficiaries.

Another example is India where milk is largely produced by smallholders. The Indian government led a “White Revolution” that has helped increase smallholder production so now the per capita availability of milk has increased from 176 grams per day in 1990-91 to 322 grams per day by 2014-15. It is more than the world average of 294 grams per day during 2013. This is incredibly important in a country where milk is a vital source of protein.

The sacred role of milk in India is thousands of years old, coupled with population growth and income growth it drives the needs for more long-term sustainable milk production. Around the world, consumption of dairy products is expected to increase by 20% or more before 2021, according to FAO and OECD. So dairy will be central to meeting food security.

The role for milk in child and mother nutrition is often underestimated in particular. There is good evidence that milk and other dairy products are necessary for preventing micronutrient deficiency in vulnerable population groups (women, elderly, children-particularly in the first 1000 days). For instance, young children need the nutrients that milk provides because their developing skeletal systems replace bone mass about every two years until they reach maturity! We all grew up knowing the importance of milk for protein, potassium, and magnesium. In many countries, dairy products are fortified with vitamin D since our body needs it to absorb the calcium. These are only a few of the many reasons why milk, and its dairy derivatives, is produced and consumed in almost all the countries in the world.

So in 2001, the FAO declared World Milk Day to take place every June 1 to mark the importance of dairy and its benefits of milk for our lives.

In 2016, World Milk Day was celebrated in over 40 countries. The fact that many countries choose to do this on the same day lends additional importance to individual national celebrations and shows that milk is a global food and that it is part of all diets and cultures.

Whether milk is a breakfast drink that goes with your porridge or tea in the morning or is celebrated in a glass on its own, we encourage you to “Raise a Glass”. This universal gesture of celebration lies at the heart of all communities.

Last year’s activities included holding marathons and family runs, milking demonstrations and farm visits, school-based activities, concerts, conferences and seminars, competitions, and a range of events focusing on promoting the value of milk and illustrating the important role played by the dairy industry in the national economy.

An event can be as simple as drinking milk or finding your perfect pairing of dairy on June 1 and sharing this moment through social media. You can register your event.