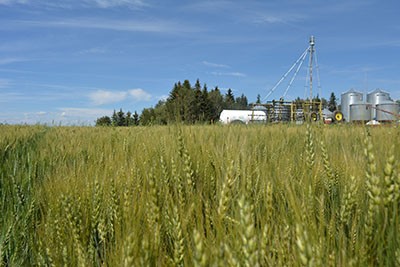 As I look back on 2016, it seems fair to state it was a tumultuous year. We saw Brexit, Trump, Duterte, economic slowdown in China, global unrest, and so much more. Alberta (my home province) was no exception. In 2015, the 40 year reign of our conservative party ended and was replaced with the New Democratic Party (NDP) of Alberta. It wasn’t really until 2016 that we saw the NDP government begin to develop and implement their new policy and legislation. This, combined with a new liberal federal government in Canada has led to an unprecedented political landscape in Alberta. Recently, our new government has implemented a carbon levy. For context, Alberta is known in Canada as oil country, this industry accounting for almost 20% of Alberta’s GDP1. And as such, we have higher greenhouse gas emissions than the average province, the highest to be exact2. As of Monday this week, a carbon levy is now being charged on all fuels that emit greenhouse gas emissions when combusted at a rate of $20/tonne in 2017 and $30/tonne in 20183. The rate is based on the amount of carbon pollution released by the fuel when it’s combusted, not on the mass of fuel itself. It is important to note that the Canadian federal government is implementing a minimum nationwide price starting at $10 per tonne in 2018 and increasing to $50 per tonne by 2022. So this carbon levy would impact Alberta whether or not the NDP government implemented it, albeit at a less aggressive rate.

While much of the focus of this new bill has been on how it will impact our primary industry, oil and gas, it also impacts numerous other sectors, in particular, agriculture. The agriculture industry represents 8% of GHG emissions in Alberta4. This is a substantial portion that should be mitigated, but done so in a way that does not crush this important and very present industry, particularly with food security becoming a greater issue globally. An example of how important agriculture is in Alberta is Alberta beef. Alberta is known as the heart of the Canadian beef and cattle industry. Currently, 40% of all cows in Canada reside in Alberta, 70% of the feedlot capacity resides in Alberta and it contains 70% of the processing capacity in Canada5. About half of provincial agricultural emissions are primarily from the cattle sector and the other half from the cropping sector. This means both livestock and crops are going to be heavily impacted by this new levy. Understanding that this new levy would significantly influence many of our farmers, the provincial government has exempted farm fuel from the carbon levy, but, other costs such as fertilizer, crop protection products, etc., will still be subject to it. For businesses like Agrium, a company that develops, produces, markets and sells agricultural products and related chemical products, and is the third largest employer in Alberta, this represents a significant cost6. Additionally, some primary producers have shown concern that they will not be able to pass down the cost and will have to absorb it into their already tight margins. It is important to note that GHG emissions are a present issue in Alberta that must be addressed, but doing so in a way that continues to encourage economic development and protects some form of industry is important. This is why it is imperative to have continued engagement with the agriculture industry by the government going forward. It is too soon to tell the full impact the new levy will have on our farmers but I hope that with continued interaction between government and farmers we will be able to reduce our environmental footprint while promoting new and innovative ideas that will maintain this vital industry.

Our current situation in Alberta is a microcosm for trends we are seeing globally.  At COP21 in Paris, nearly 80 percent of the countries said they would use agricultural practices to curb climate change, and more than 90 percent said they would use those practices in addition to changes in forestry and land use linked to farming7. Agriculture backs many countries’ economies and this sector is increasingly under threat from weather extremes, in particular drought and floods. In other words, as was the motto used by the FAO for World Food Day this year: “the climate is changing, food and agriculture must too”. Because farming practices can produce large amount of emissions, this industry has a significant yet unrealized potential to mitigate climate change. Whether this happens through farm practices, such as soil carbon sequestration through cover cropping, or by knowledge sharing between countries and within countries, agriculture needs to be a part of the climate change discussions. In our efforts to protect our environment, we want to ensure we are not crushing this important sector which is key to addressing food security issues, combating poverty, and ensuring good nutrition globally.

Tilly works in policy research and communications for Emerging. She is involved in Emerging’s communications, secretariat functions, and the management of committees. She has always had a passion for sustainable business development, stakeholder engagement and international development. Prior to joining Emerging, Tilly was completing her Masters of Science in Sustainable Energy Development. During her masters degree she was gaining work experience as the newsletter editor for the SEDV program. In addition, Tilly worked as an intern/writer for a local non-profit that aims to connect environmentally responsible businesses in Calgary. Tilly is a Canadian national. She graduated from the University of Calgary with her Master of Science in Sustainable Energy Development. She holds a Bachelor of Science with an Honours Specialization in Animal Behaviour from the University of Western Ontario. Tilly has lived across Canada including Alberta, Manitoba, Ontario and New Brunswick. In addition, she spent a 10 month working holiday in New Zealand. Tilly is currently based in Calgary, Alberta.