This post was originally written by Jessica Fanzo and Derek Byerlee for IFPRI.

One in a series of guest blog posts from leading voices in global development on achieving long-term sustainability and growth while ending hunger, poverty, and malnutrition.

A history of shifting global priorities in the fight against hunger

For the third year in a row, the recently-released FAO State of Food Insecurity and Nutrition report highlights global increases in undernourishment after decades of decline. Meanwhile, the report notes, no region is exempt from widespread micronutrient deficiencies and the rising trend in overweight and obesity. The same week in June, we published a piece in the journal Global Food Security looking back 75 years to the pioneering 1943 UN Conference on Food and Agriculture in Hot Springs, Va., where the first international commitment to ending hunger was made.

That conference set the goal of “freedom from want of food, suitable and adequate for the health and strength of all peoples” that should be achieved “in all lands within the shortest possible time.” Seventy five years after this clarion call, as well as the dozens of similar global declarations made in the interim, it is sobering that various complex forms of malnutrition persist in most countries.

The conference declaration was notable for its strong emphasis on linking agriculture and nutrition. It said that a substantial increase in food production would be needed—but stressed that quality mattered as well as quantity. It underscored the importance a “secure, adequate and suitable supply of food” and frequently referred to the need for “more and better food” with “greater emphasis on foods rich in vitamins, minerals and proteins.” The conference’s first priority was guaranteeing sufficient calories, but “preferably done by means of a variety of foods [such as “pulses, leafy vegetables, fish and fruit”] so that appreciable amounts of other nutrients are contributed to the diet.” To a remarkable degree, the conference declaration embraced approaches and language that fit today’s discourse on global action on food systems and nutrition.

Yet over the intervening decades, the global community strayed from this sensible approach, adopting a shifting series of priorities that often marginalized the role of nutrition in the fight against hunger.

From the 1950s to the late 1970s, the broad development focus on hunger quickly narrowed to malnutrition, departing from the Hot Springs conference agenda. This was the result of the emerging—and to most experts, alarming—evidence of rapidly accelerating global population growth. In 1971, the Consultative Group on International Agricultural Research (CGIAR)—of which IFPRI is a part—was formed in response to this base concern. The Green Revolution, also born out of this era, made major contributions to reducing hunger, although evidence steadily accumulated that other forms of malnutrition stubbornly persisted in areas experiencing the Revolution.

In the 1980s and 1990s, the discourse shifted decisively from food supply to access to food, with Amartya Sen’s entitlement approach dominating international development decision-making. In 1982, FAO revised its definition of food security to reflect this change, and donors and international financial organizations shifted priorities towards poverty reduction, which many read as synonymous with reducing hunger. Social protection programs emphasizing food staples were prioritized, while approaches to broader measures of nutrition waxed and waned. Programs that did focus specifically on nutrition tended to be isolated and narrow-based interventions.

However, support for nutrition enjoyed a new life after the UN’s first International Conference on Nutrition in 1992. In addition, the UNICEF conceptual framework outlining the causes and consequences of undernutrition was developed and adopted widely, and is still used to guide policy and programming today. Meanwhile, the nutrition community highlighted the high costs of “hidden hunger” from micronutrient deficiencies, giving agriculture a nudge in the 1990s to focus on this problem through biofortification.

At the beginning of the 21st century, the Millennium Development Goals (MDGs) played a significant role in re-engaging the global community at a high level with the goal of ending hunger. The MDG target of halving hunger—undernutrition as measured by calorie supply—by 2015 was largely met at the global level, but progress was very uneven. However, most nutrition strategies in the MDG era continued to focus on health sector interventions, with little engagement in agriculture or other sectors. Agriculture programs largely stayed focused on what they were then primed to do, particularly within CGIAR: Producing more calories. 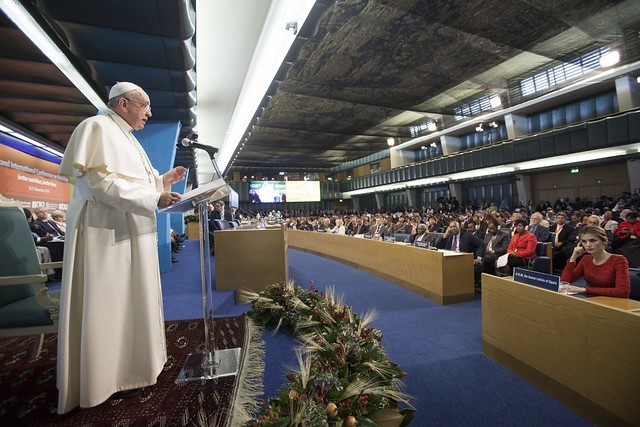 Yet there were major developments in this period that set the stage for what would become the more integrated SDG2 addressing both hunger and malnutrition. Several initiatives made nutrition more prominent on the international development agenda: The Lancet series on undernutrition laid out the evidence, the 1,000 Days Initiative created focus, and the Scaling Up Nutrition (SUN) movement and the Second International Conference on Nutrition spurred momentum and increased nutrition funding. More major initiatives followed suit, including the CGIAR research programs HarvestPlus, for developing biofortified crops, and Agriculture for Nutrition and Health (A4NH), which supports large-scale nutrition sensitive-agriculture research and development.

By 2015, the world was moving to a more multidimensional approach to addressing hunger and malnutrition as embodied in the Sustainable Development Goals. The SDGs were both bolder and broader in their approach to eliminating hunger and malnutrition than any previous international effort. They re-integrated agriculture, diets, and health as a vital solution to the problem of malnutrition. This integration inherently requires more complex multi-dimensional approaches to addressing hunger and nutrition that go well beyond food availability and access to embrace the whole food system.

Our tour of 75 years, while undoubtedly incomplete, does reveal that nutrition was very much on the agenda of the initial UN Conference on Food and Agriculture in 1943 that for the first time set a global goal of eliminating hunger—and that both agriculture and nutrition would have to work together to meet that challenge. Despite these good intentions, however, the agricultural and nutrition communities largely went their separate ways for the next 50 years. Following through on the conference’s balanced approach of “more and better food” would have resulted in better nutrition for all. Today, the SDGs have once again put nutrition and agriculture together at center stage. Despite some important gaps in knowledge, financing, and implementation capacity, we are finally in a better position to shape food systems in a way that ends hunger and all forms of malnutrition.

Jessica Fanzo is the Bloomberg Distinguished Associate Professor of Global Food & Agricultural Policy and Ethics at the Nitze School of Advanced International Studies (SAIS), the Berman Institute of Bioethics, and the Department of International Health of the Bloomberg School of Public Health at Johns Hopkins University. Derek Byerlee is an Adjunct Professor with the Georgetown University School of Foreign Service and a member of the IFPRI Board of Trustees.